Rémi lives in Anduze, a small medieval village with a castle from the 12th century. Le Gardon is the river, which runs through it, and originates from the seven mountains as it meanders down to Le Rhone. Anduze is named La Port de Cevennes because it’s the first access to the seven mountains coming from the Mediterranean Sea. The main industry in this southern village of France is, you guessed it, winegrowing. Languedoc-Roussillon is an emerging winegrowing region that has gained tremendous respect and notoriety in the past two decades. This area is one of the sunniest regions in France with the cultivation of fruit and vegetables as the second largest industry after wine. (Sounds a lot like Sonoma County, doesn’t it?). 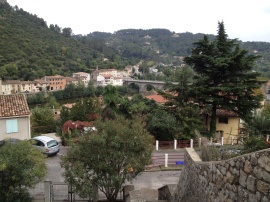 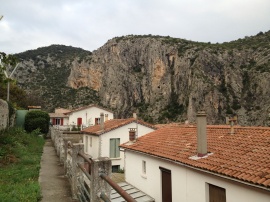 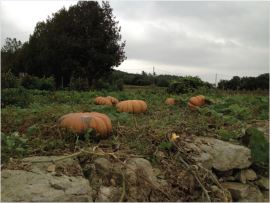 As for the wines from the Languedoc-Roussillon region, the winery closest to where I am living at Rémi’s, and whose vineyards I walk each morning, is called Vignerons de Tornac. Some of their wines are labeled “AB” which denotes Agriculture Biologique (organically farmed and made, which means no sulfites). The 2012 Merlot and 2012 Sauvignon Blanc are definite bargains. For 3.78 Euros each these wines are delicious. In fact, we purchased other local wines for around 11 euros each which couldn’t compare in quality.

Marie Gewirtz passionately advocates sustainability as a way of life for current and future generations. For three decades, through her company, Marie Gewirtz Public Relations & Marketing, she has helped clients in the Wine Industry identify their core message and translate their individuality into highly effective marketing and PR campaigns. Marie is currently traveling throughout Europe,and this blog is a result of her visits to Scotland, Turkey, Greece and France.